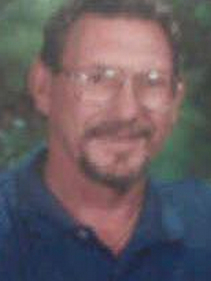 My brother Jim died 16 years ago today, and since I’ve been thinking about him a lot lately, I thought remembering him today would be a great blog.

So today I remember not his death, but his life. He was only 53 when he died, and for the most part I always remember him as a robust, energetic, sweet, funny, obnoxious smartass.  🙂

Yes, for those of you who follow my pages or read my books, this won’t be a surprise to you. That runs in our family. And in fact I probably have Jim to thank for a lot of my snark abilities!

Since my Dad, through no fault of his own, didn’t get to see me grow up, Jim became something of a father figure to me. He was the one who taught me to tie my shoes, ride a bike, and swim.

Well, he threw me in and told me to paddle or sink…LOL. Yes, at the time I wasn’t amused, but I learned to swim really fast! And I’m still a very strong swimmer to this day… Although I did NOT teach my son to swim that way!!

Jim also taught me how to load, clean, care for, and shoot a gun, as well as the best places to aim, to slow down, take down, or even kill. He told me if I ever had to pick up a gun to shoot another human being that it would be for self defense or defense of another so I needed to know where and how to shoot to achieve whatever aim I needed to, and if I was shooting for food (hunting) I needed to know where to shoot so the animal didn’t suffer any more than needed to provide us food.

He taught us to hunt rabbits, squirrels and quail and how to clean them and prepare them to cook. We never killed what we didn’t plan to eat. That was a rule,and I still believe that. He was a very firm believer in being kind to animals and the earth, and that everyone and everything was connected.

He taught me to bait a hook and how to fish. He taught me to be patient, not to rock the boat and scare away the fish, and to watch the changes in the ripples of the water and the behavior of the birds to tell me where to fish for the best results. And, of course, how to clean the fish. Because if you caught it, you cleaned it. Just like in the hunting – if you killed it, you dressed it for cooking.

We also had to learn to pitch a tent, build a fire, make sure the fire was completely out when you were done, change your own oil, and a thousand other things… He wanted me to be a strong woman, self sufficient and a positive force in the world.  He wanted me to be proud of who I was and have a strong set of personal values and live by them.  And I hope I’ve made him proud.

In many ways he was a simple man, but also a big kid at heart. I remember several Christmases when I was little hearing Santa and the reindeer up stomping around on our roof and hearing the jingle bells. Of course when I got older I realized that was Jim up there making us think Santa had come.

He also taught me to have a love and reverence for reading. He introduced me to Piers Anthony by giving me On a Pale Horse – the first book in the Incarnations of Immortality series and I was hooked on paranormal forever! Which is probably why I write it. He wasn’t a big fan of romance, but he probably would’ve enjoyed my Cassie Ryan books. He viewed sex as a fun, natural and very necessary part of being human. And knowing his little Sis wrote “smut” for a living would’ve amused the hell out of him.  Although he would’ve enjoyed the Tina Gerow books too.  Still steamy but not quite the kink factor of Cassie Ryan! 🙂

I didn’t start writing until 2003, and Jim died in 2001, but I know he would’ve been proud of me to have books published. And he would’ve read them and enjoyed them. And the Cassie Ryan heat level wouldn’t have made him bat an eyelash. I’m pretty sure that Jim has thought about and done “much kinkier shit” than Cassie Ryan could ever write!  🙂 Snerk!

When I published my first book, Into a Dangerous Mind, I dedicated it to Jim. And because when he asked me to give my son the last name “Hatcher” to carry on the family line, and I couldn’t, I named my first hero Zack Hatcher. I know it’s not the same as naming my son Hatcher, but in some small way, I have a Hatcher out there who will endure, or at least I hope he will 🙂 I know there are still Hatchers out there – probably a ton of us…but carrying on the family name was important to him, which is why he asked me if I could have Darian named Hatcher.

But of course my husband at the time didn’t appreciate that idea, so Darian was a Keller until just after his 18th birthday when he changed his name to Gerow. And in a very Jim-like manner, when the judge at the name change hearing asked him if he had any minor children, Darian said, “Not that I know of…”

Yes, Jon and I both FACE PALMED simultaneously at that one, but then we did chuckle. The judge wasn’t entertained, but was nice about chiding him. But I could VERY much see Jim coming out in my son at that moment!

Jim left behind one son, three sisters, and two daughters. He never got to meet his five grandchildren, or his son, but he would’ve loved them all.

Jim gave me a lot of shit for my poofy white wedding dress and fancy high heels that I wore for my first wedding. Mostly because he liked giving me shit when the opportunity arose – AND the fact that it made me a few inches taller than my future (now ex)  husband 🙂  That tickled the hell out of him!

And the smartass even used the childhood nickname he gave me when he did the “Her mother and I do”…and then said just loud enough for the pastor and my future husband and I to hear…”We approve of Tuna Salad and ‘whats his name’ getting hitched.”

He called me “Tuna-Salad” or “Salaaaad” for short, ever since I can remember… But I guess that was better than my sister Amy’s nickname – Ameel–worm” Not sure how the heck he came up with that one, but it stuck…

He was definitely a jokester and liked to make everything sarcastic or outright funny, and sometimes downright dirty! It sometimes was corny, but often endearing. It could be embarrassing, especially when I was younger, but I would welcome it all back if he could still be here.

He would’ve railed at what our nation has become post 9-11, he had proudly served in the Army during Viet Nam, but yet he would also be celebrating his life and his family. He always lived life on his own terms as much as possible and was very “what you see is what you get.” You never had to wonder where you stood with Jim, and in fact, sometimes he had no filter at all – or at least chose not to use it.

Yes, smartasses – I hear you telling me that THAT is another Hatcher family trait.

Hey!!! I resemble that remark!!

Anyway…a few words on a blog can’t celebrate the fullness of my brother’s life, and I wish I had more time to dig out old pictures of him and us, but he is always full of life to those who loved him, and I know he’s watching over us and either smiling or smirking as the situation requires.

I’m sure he’s keeping the angels busy with his antics, and possibly even comes back for visits now and then. 🙂 I know there’s been several times in my life where I’ve felt him nearby, especially when a situation arises that I know would’ve made him hold his belly and laugh, or that would make him curse and shake his fist. 🙂

And for those of you familiar with my brain blowout, that long white hallway where I spent most of my time while I was under heavy sedation – he was there giving me shit.  While other relatives and friends were down there guiding me and laying their arms across my shoulders, Jim was teasing me that he’d always told me my brain would blow up one of these days if I didn’t stop holding things in and just let it “all hang out” once in a while! 🙂  I don’t think that was quite the brain blowout he had in mind, but he made light of it and made me laugh, which took some of the fear away, and I was grateful!

So, Jim, here’s to you! I raise a drink to you and tell you once again that I love you and miss you…  I don’t think we ever did get a chance to drink together while you were here, but we’ll make up for it when I get there!  Like I told you before – if we end up in hell – save me a seat over by the male strippers…I’ll meet you by the hillbilly moonshiners when I’m done!

Our family line carries on, maybe not in name, but the Hatcher genes are alive and well, and we’ve found another of us who we are welcoming into our fold in your stead. I can’t wait until you can meet and look into a face so similar to your own…

Until we meet again, Jim…