BMG’s ARE ROCKIN’ IT!

Cheyenne McCray and Kayce Lassiter are rockin’ the 10 Most Popular books in the store list at Totally Bound!!!  Two BMG’s on the list at the same time…how AWESOME is that?!  Go get your copies RIGHT THIS VERY MINUTE!!!

My Obsession by Cassie Ryan

In this story of temptation and total surrender for readers of Sylvia Day and J. Kenner, a powerful master gives his dream girl a new beginning in the dungeons of decadent ecstasy.

As a teenager, Brent Weston was a nerd. Now he owns the hottest dungeon in Phoenix, enjoying the power and success he’s always craved. All that’s missing is the right woman to share it with. Then one day Sandra, his secret high school crush, walks into his club. She’s just as beautiful as he remembers. She’s also scared as hell. Brent has been waiting for this moment, and now that Sandra’s in his sights, he’ll do anything to protect her, pleasure her—and prove that he’s the only master worthy of her devotion.

Call Down the Darkness by Tia Dani 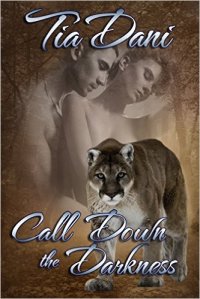 A vicious curse stalks the pristine Scarlet Canyon Ranch. Veterinarian Robyn Truesdale arrives for a business trip and triggers a battle of metaphysical beliefs with reality.

Architect Taylor Martin refuses to believe the Apache legend of a recurring 40-year cycle of life and death originated by a shape shifter’s promise…until he is possessed by a mysterious spirit determined to kill an ancient enemy.

After being forced to relive several past lives, Robyn and Taylor understand the need to overpower their relentless killer—one who can never die. Will they have the courage to face their supernatural assassin to free the Apache lovers…or will it cost them their own lives?

Rancher Rylie Thorn loves everything about men, but she’s positively phobic about commitment. After growing up in a broken family and witnessing too many failed marriages, Rylie knows “forever” is just not in the cards for her.

Sheriff Clay Wayland has been called in to investigate a rash of crimes in the southeastern corner of Cochise County. But one night when he goes into the field to do some observation, he comes across a sensual woman who’s doing some investigating of her own. Rylie immediately sets his blood on fire and he knows he has to have her. And it isn’t long before Clay begins the job of taming this wildcat and making her his . . . for keeps.

Katie Schaffer is a single mother who slings drinks for a living. Her parents are gone, leaving her alone to care for her four year old son and a cocker spaniel with more energy than brains. When she meets Arizona ranchers Jake and David McAllister, the two handsome brothers both go into a full-court-press to win Katie’s affections. She quickly chooses Jake, but soon finds the road to love is a whole lot rockier than she expected. Jake is still raw from his divorce and is struggling with the pain of having his family torn apart. If she loses Jake, Katie stands to lose the entire McAllister family. Not only has she come to love them very much, but this would be the second family Katie has lost. Will Jake commit to Katie? Did Katie choose the wrong McAllister brother? If she loses Jake, can Katie survive losing her second family in three years?

Kissing the Frogman by Lisa Pietsch

Jennifer Santiago can spot a special forces adrenaline junkie from miles away and knows the score. They’re great for a hook-up but lousy in the long-term relationship department. Lucky for her she was on the rebound and one of those junkies just walked into the casino.

Brian Allen had seen combat all around the world as a Navy SEAL and a paramilitary operations officer in the CIA’s Special Activities Division. When his team is given a cushy assignment as backup in Morocco, he quells the itch for action by taking a night to relax with a beautiful distraction. When she proved even more distracting, he was happy to take the Director’s call – until he realized his big distraction was the Director’s daughter. 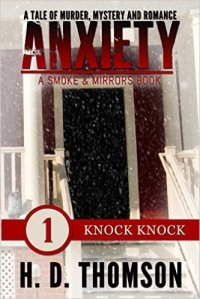 Jake Preston is on borrowed time. If he doesn’t stumble upon a miracle and soon, he’ll end up dead. And even if he does, he still might end up dead with a clever killer hounding his heels. He believes that the one miracle and antidote to save him is in Margot Davenport’s house, across the country and miles away from Boston. Somewhere locked in her home is the key to reversing an experiment that is killing him with each breath he takes.

Margot doesn’t particularly care if she ends up dead. She’s lost everything she’s ever cared for. A divorce and the loss of her job as a corporate lawyer has left her with little faith in herself or in anyone else. Most importantly, she’s lost the one person on this earth she’s looked up to and cherished–her brother, Johnny. His death in a car accident has devastated her, and she can’t find the willpower to pull herself from the chasm she’s fallen into. Her only solace is at the bottom of a wineglass. Having moved back to the small town in northern Arizona where she was raised, she’s made a point of isolating herself both mentally and physically from everyone other than a few chosen friends. Little does she know that her life is going to explode into chaos.

BASED ON A TRUE CRIME
Three bodies and counting . . . a manifesto with a long list of names . . . an abducted child, and the killer is using a familiar MO that was the trademark of a serial killer still at large. Is it possible this so-called copycat spurred the Red Reaper into a jealous rage and he’s doing what he does best . . . killing? Or is this someone who’s having too much fun impersonating him and killing everyone on his list?

When two unrelated killings take place, it sends the detectives into a tailspin . . . and now it’s a race against the clock before he kills the next person on his list . . . Detective Jesse Kensington!

And Kayce Lassiter, K.T. Roberts, and H.D. Thomson were recently included in a box set release!

Protecting Katie – H. D. Thomson
Morgan Stone will do anything to keep his daughter, Katie. But would he steal? Lie? Cheat? Most definitely. Caught in the middle of a battle between two men, Kristin doesn’t know whom to trust. She finds herself falling for Morgan, her fiancé’s enemy. But when it comes to loving Kristen, will Morgan be willing to give up everything, even Katie?

Loons of a Feather – Kayce Lassiter
Book One in The Delta Jane Series. One woman, two men, an inept fairy godfather in pink cowboy boots, a redneck fairy godmother on a Harley with lips tattooed on her ass, and a love-match in the making. What the hell can go wrong with that?